Twice Upon a Kiss Review: Stella 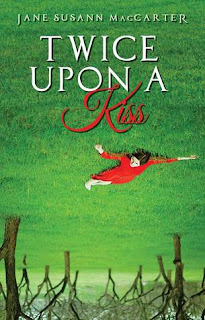 Book: Twice Upon a Kiss


A very unique plot! I definitely liked the idea of going to another world when you're in a coma.


Upon a gunshot hit to the head, Stella Denton finds herself in the Eden-like Jarmo, located in 7000 BCE. There is absolutely nothing wrong in that village: no strife, no hunger, no stress. It is perfect, and for Stella, it's pure heaven. But a looming war from a neighbouring tribe threatens the peaceful Jarmo, and it becomes up to Stella to help prepare the villagers of Jarmo with her present-day knowledge. Along the way, she finds herself as the love interest of two men: Hari, Jarmo's Chieftain, and Dr. Harry Vale, her paleoanthropology professor, who waits for her to awaken from her coma in the 21st century.


Stella was an interesting character. She has a sub-ego, whom she dubs as Squirrelly Girl, the pessimistic voice in her head who feeds her doubts. As morbid as she was sometimes, I found that Squirrelly Girl made Stella considerably more realistic, as everyone has that tiny voice in their heads whispering doubts into our ears. Stella was a realistic character, with very real fears and views of life. I would be completely torn between staying in the 21st century and going back to Jarmo too! However, I would have liked to see Stella's character grow a little more, to become a strong heroine as a means to put a distinct distance between her character at the beginning of the book and at the end.


Harry was an overall good guy, but I questioned his actions. He made a life-changing decision for Stella by lying, and I'm not sure how I feel about him doing it without Stella's consent. I understand that he had the best intentions for her, but things could have easily gone south had Stella remained stubborn. Though it did work out, a forced love can backfire sometimes in the worst way. Harry was also partly responsible for the cause of Stella's final condition at the end; he knew the risks, and I think he should have been more firm in the refusal. But alas, I can't really blame him that much, since he truly did have Stella's best intentions at heart at the time.


My favourite character would have to be Hari. He's the Chieftain, and as we get to see, he doesn't always get the easy jobs. I really enjoyed learning about the culture of Jarmo, and the ways he enforced them. He was overall a great guy, able to do what was needed to be done and what was expected of him for men and women. As odd as some of those tasks were, he stuck to his tribe's customs. He also listened to Stella, and was always patient with her and others.


I really liked the world of Jarmo. People think that humans way back in history must have been savage, and the living conditions absolutely terrible. However, as we see, it's actually the opposite. There's no stress over anything; the human population in the village is small, and there are more than enough animals to hunt to feed everyone. Everything is natural, nothing artificial. All needs are met, and everyone works together, celebrates together. There's just this sense of belonging, of overall togetherness. I think the author brilliantly juxtaposes our world and Jarmo's world in a way that shows that though we are living a much more luxurious life in the 21st century, we are ultimately missing out on the overall sense of family and bonding that existed back then. It makes me want to get to know people on a more primitive level, where we all work together for survival...


The ending was surprising. I have mixed feelings about it, as it's both a happy and sad ending. It leaves you questioning what happens in both worlds, and whether or not Stella made the right choice. But all in all, pretty good!