Fresh off the press: the LAST book for Julie Kagawa's Call of the Forgotten series is FINALLY. HERE. 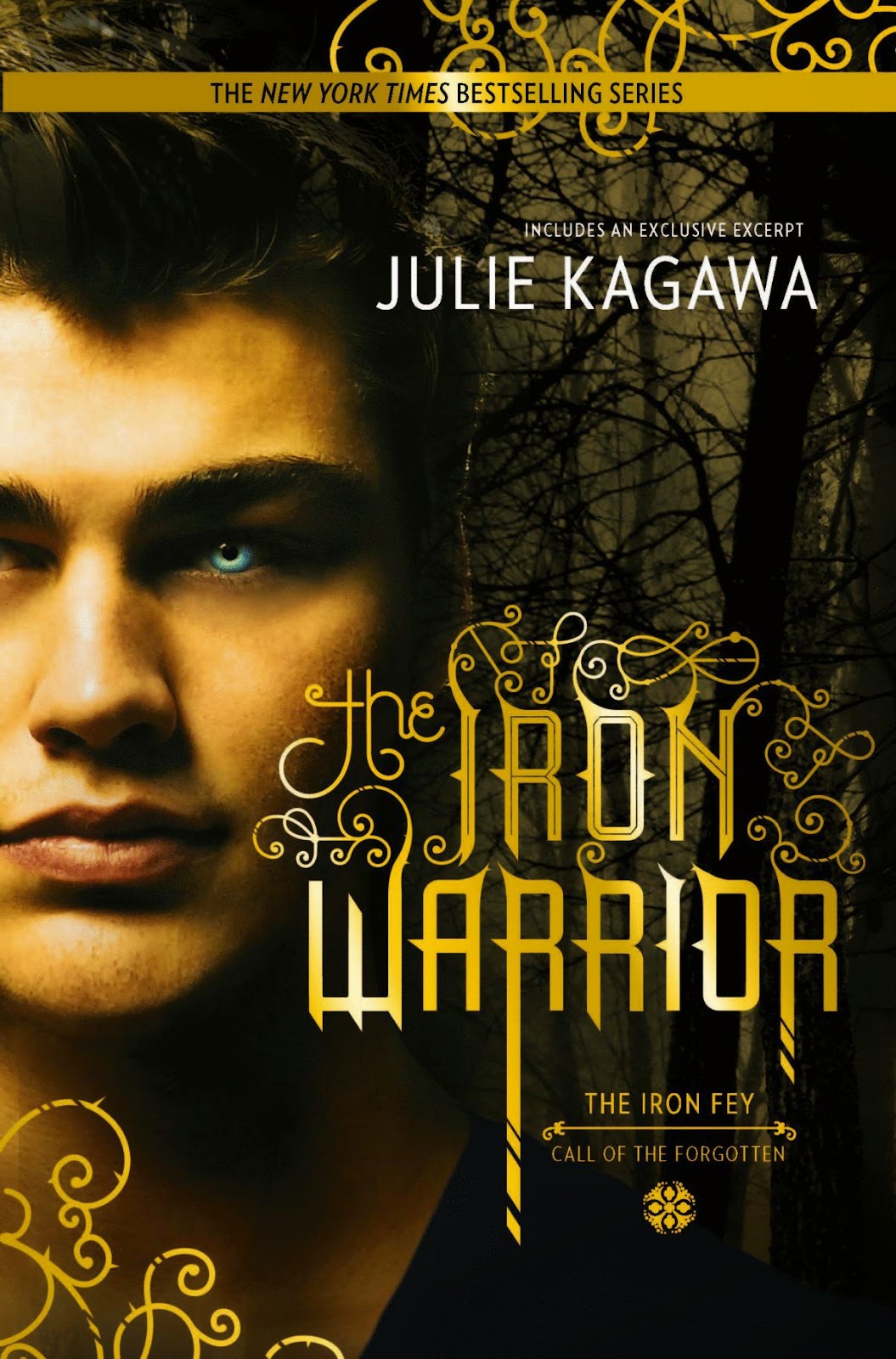 HELLO GORGEOUS. Julie Kagawa is my FAVORITE author, so I am super pumped about this!

1. The gold. It reminds me of gold chains, don't you think? And what images do you get from gold chains? Strength. This book will be EPIC.
2. Ethan's eye. What's up with that? It seems very...fey-like. What does that mean??? Does he become a fey in some aspect? THE BURNING QUESTIONS.
3. The forest background. Things gets tangled up here, for sure. The forest just gives it an overall sinister feeling, which is awesome. I love it!!!

Wondering what the series looks like together now? Take a look:

Though these aren't the most consistent of covers (inconsistent cover model shots, placement of the titles, placement of the author's name, etc.), they do follow a similar theme. You have those nifty branches on the corners of the cover, which was also on the covers of the Iron Fey, the forest allusions in the back, and the unique markings/sigils per book. The titles themselves are...well, interesting. I personally think they should have just struck to the Iron _____, rather than mix it up with The Lost Prince. All the books have "Iron" in the title except that one, so it's a little strange. Also, so you have distinctly a silver and a gold book. Shouldn't there be a bronze book then, rather than blue? Oh, the unanswered questions...but that's all right. I love the books either way!

I cannot wait to read the final book! It's been two years since The Iron Traitor came out, so I think it's safe to say that I've been continuously burning in agony during that time. Like, BURNING. AGONY. Because after that cliff hanger ending...

Check out the last instalment of the Call of the Forgotten series, which is the sequel series to The Iron Fey, by Julie Kagawa, on October 27th 2015!

The Iron Prince—my nephew—betrayed us all. He killed me. Then, I woke up. Waking after a month on the brink of death, Ethan Chase is stunned to learn that the Veil that conceals the fey from human sight was temporarily torn away. Although humankind's glimpse of the world of Faery lasted just a brief moment, the human world has been cast into chaos, and the emotion and glamour produced by fear and wonder has renewed the tremendous power of the Forgotten Queen. Now, she is at the forefront of an uprising against the courts of Summer and Winter—a reckoning that will have cataclysmic effects on the Nevernever. Leading the Lady's Forgotten Army is Keirran himself: Ethan's nephew, and the traitor son of the Iron Queen, Meghan Chase.To stop Keirran, Ethan must disobey his sister once again as he and his girlfriend, Kenzie, search for answers long forgotten. In the face of unprecedented evil and unfathomable power, Ethan's enemies must become his allies, and the world of the fey will be changed forevermore.
Posted by Erika at 8:27 PM