Cover Reveals: EVERY LAST BREATH, and the rest of the Dark Elemental series 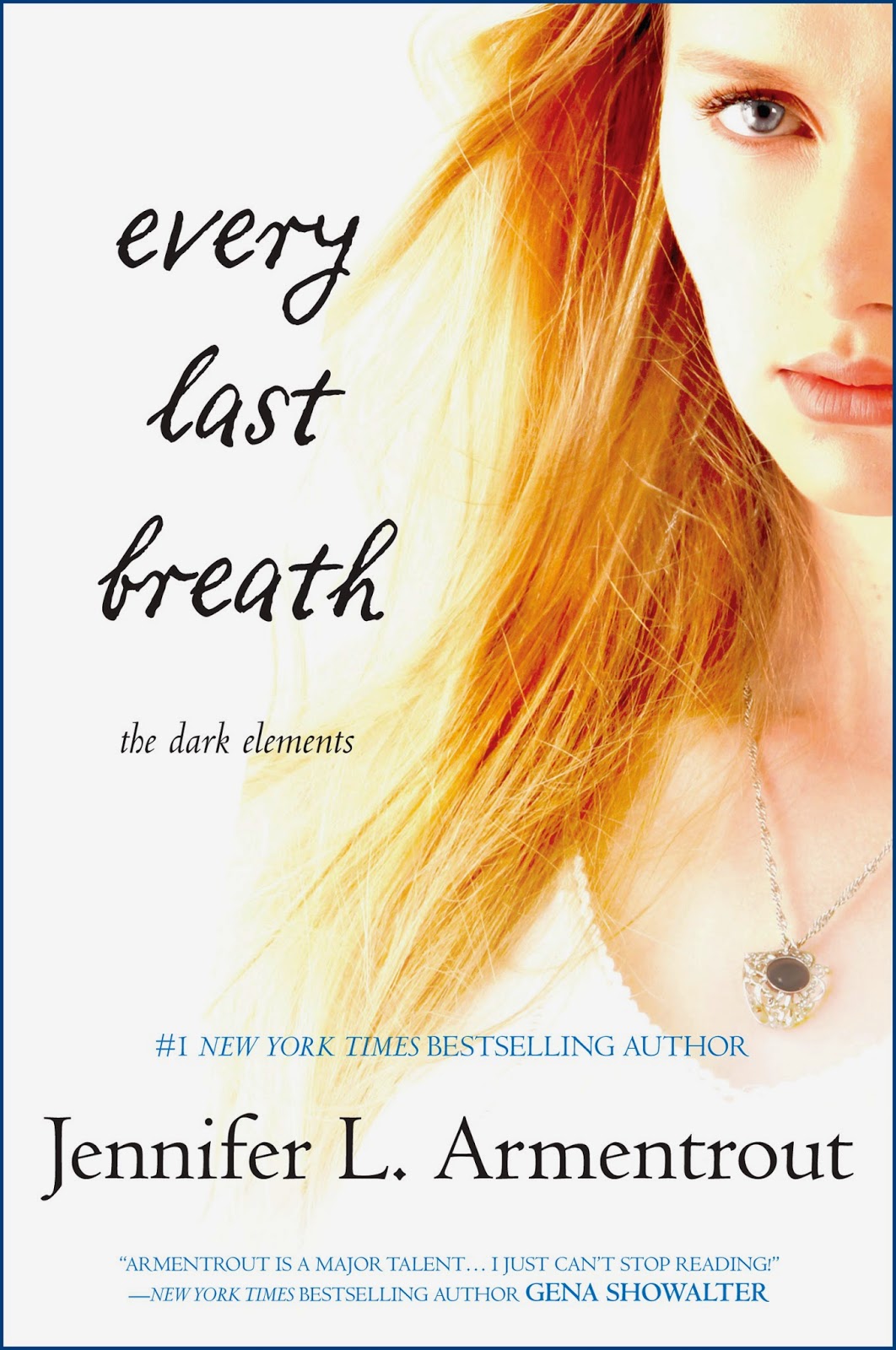 Okay, you're all wondering, "What? That's completely different from the other covers!" And you're right.

So what happened? New covers.

If you're a Jennifer L. Armentrout fan like me, you'll probably know that the same thing happened to her last series, her Lux series, in which Opposition suddenly got a new and different cover, with the rest of the books beforehand following suite. Basically, the covers were consistent until the last book, in which the entire series got a makeover to fit the new look of the last book.

Here's the new looks of the previous books in the series:
Bitter Sweet Love (prequel) 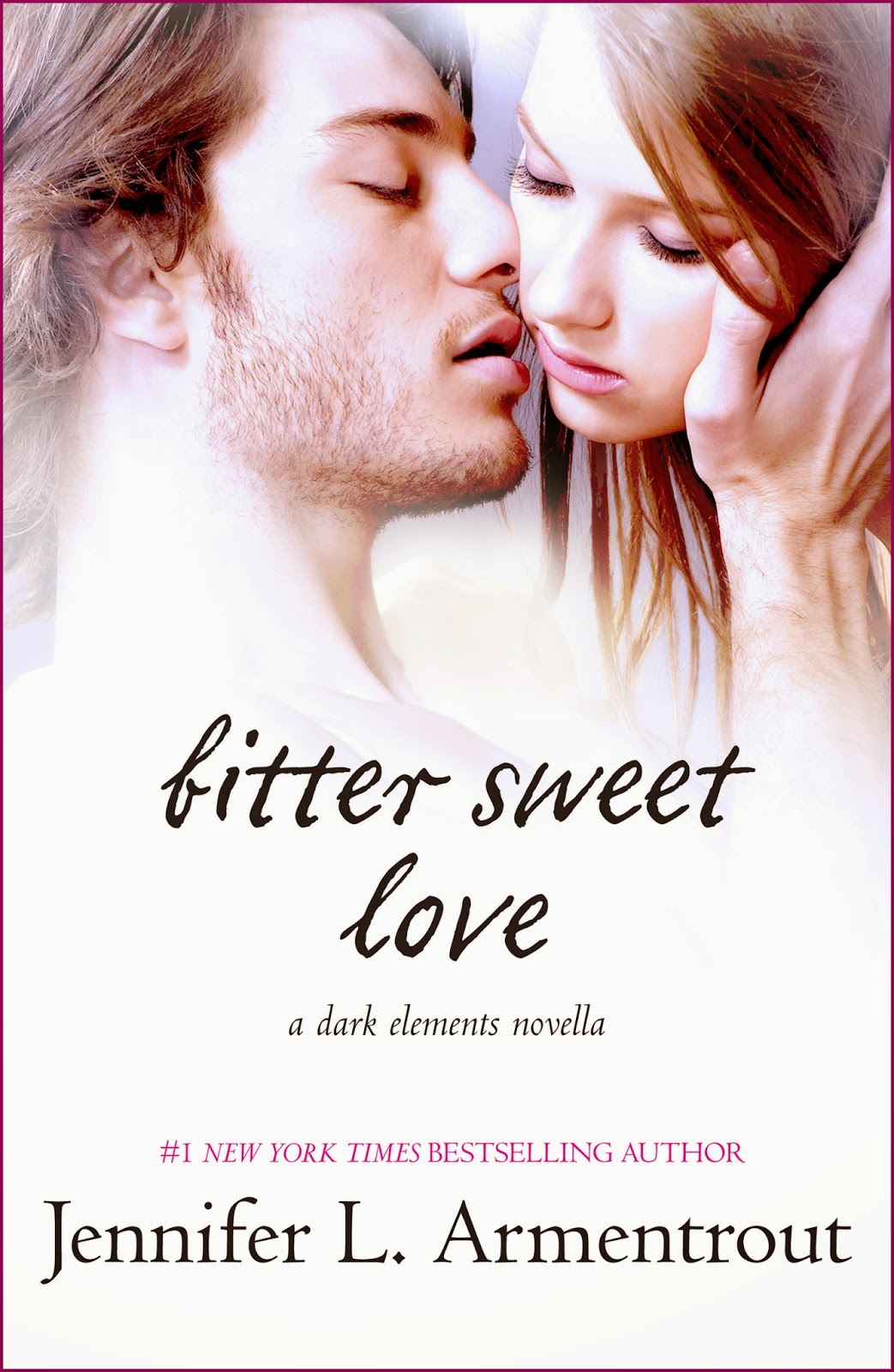 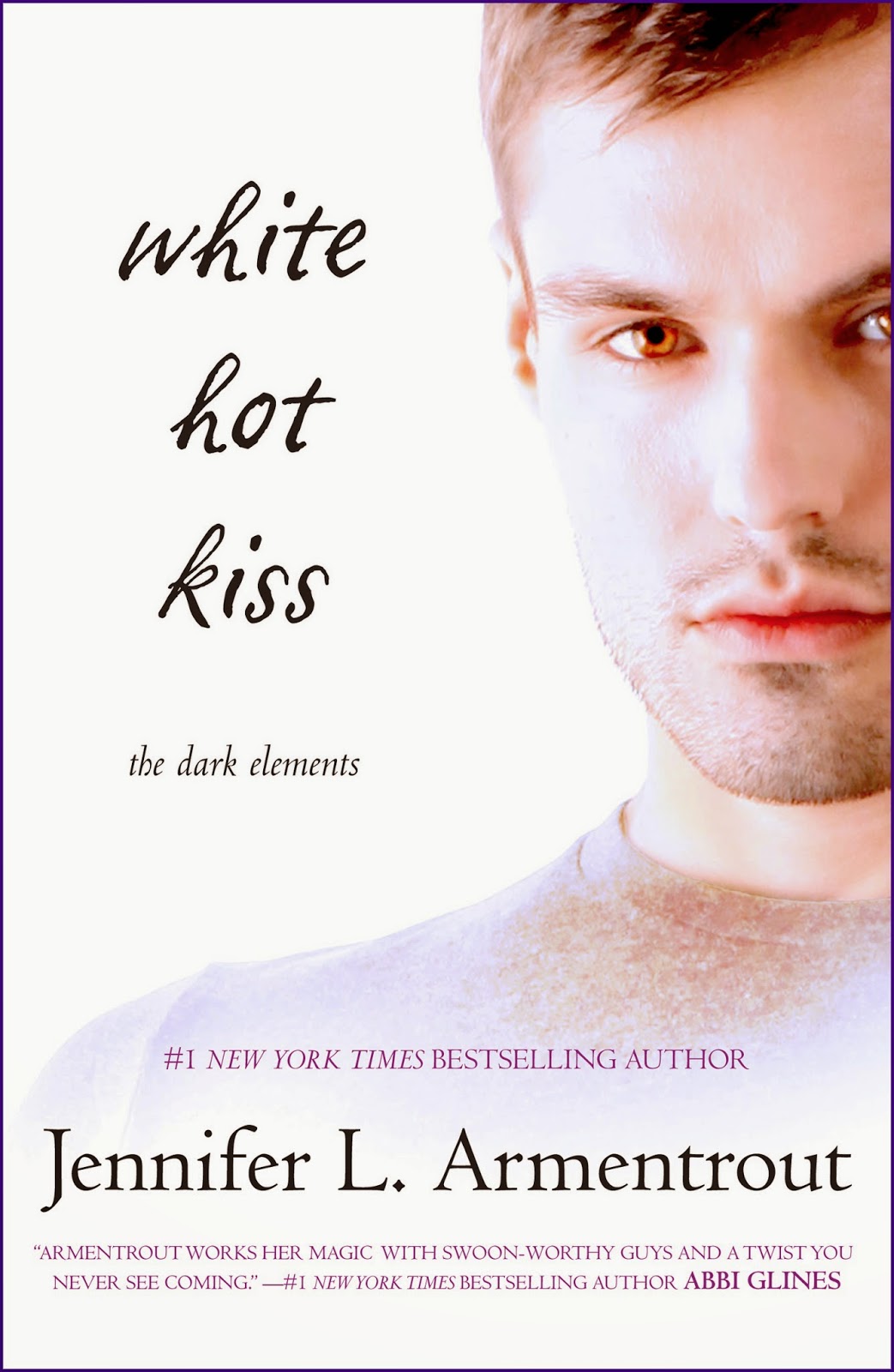 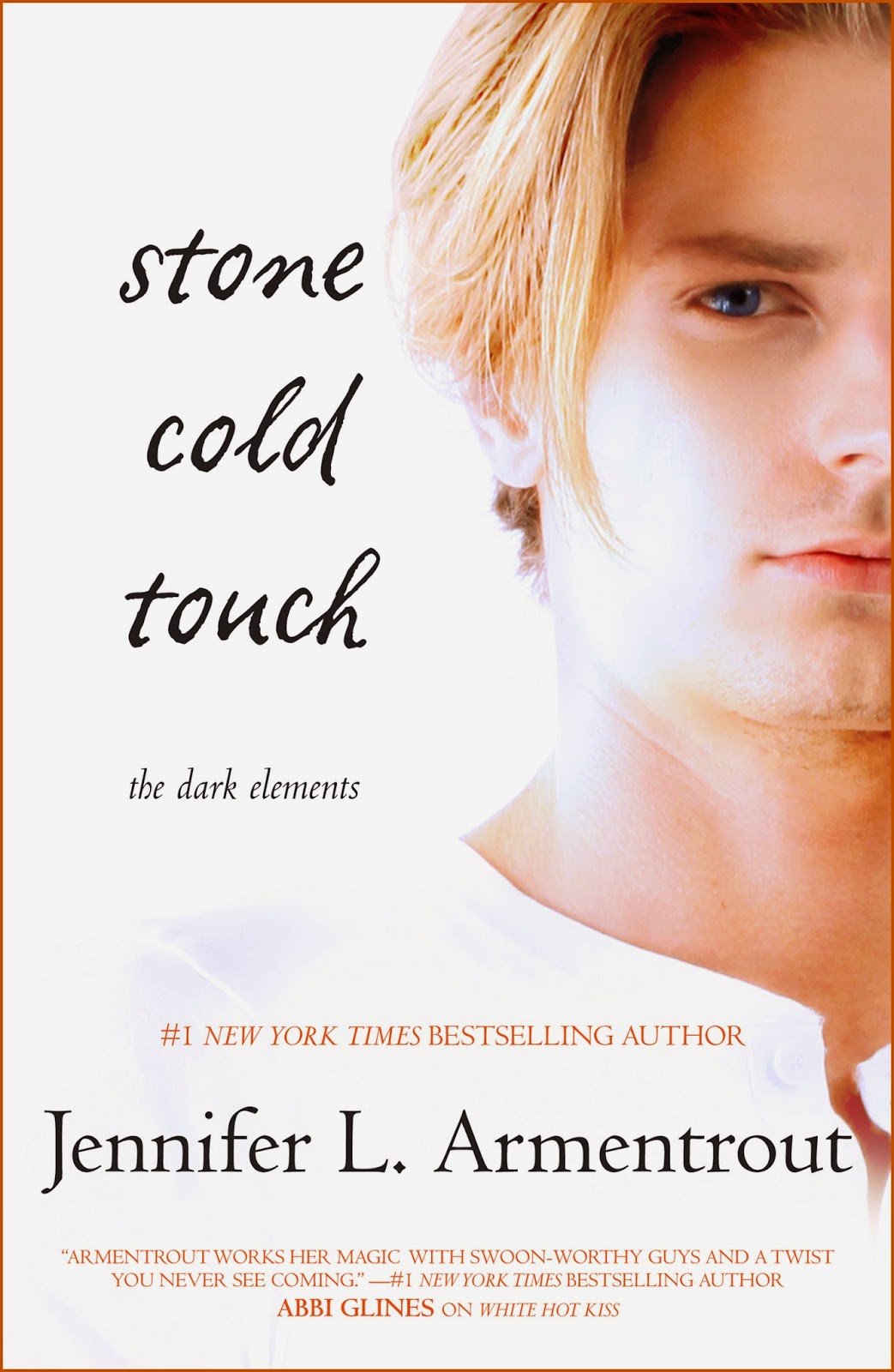 And put together, the final complete set will look a little like this:

The consistency is nice. I just wished they stuck to a consistent cover theme from the very beginning.

In comparison, here's what the old covers looked like: 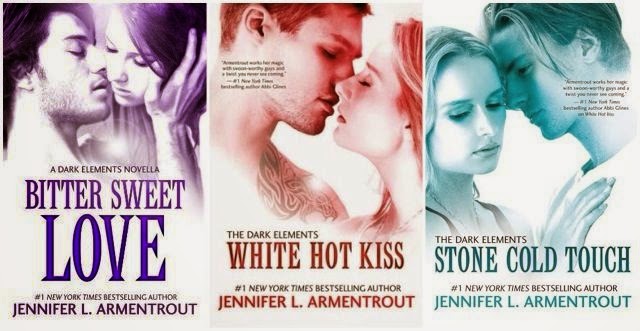 And, onto my typical ranting:

The new covers:
1. It really focuses on the individual cover models, rather than having the whole two-person vibe going.
2. I'm not too crazy about the cursive-like font of the new cover. I mean, the titles of the books alone make it seem like this is a contemporary romance series, but it's not. The cursive font only enforces that idea. It gives no indication that it's actually a paranormal book. Sure, romance plays a role, but it's not the main plot here.
3. That being said, the lack of two-people-looking-intensely-at-each-other helps to sway the assumption that it's a pure romance novel. But...
4. The whole light theme still going on, which is nice. I'm glad they stuck to it on both the old and new covers. It will help...ease the transition...okay, not really.
5. Did I ever mention that the cover model for Roth is rather fine? And now that there's a close-up of it...well...
6. Speaking of Roth. Why did they take out Bambi? Where's Bambi here?

On the old covers:
1. I liked the bold font more. It seemed more...earth-shattering in comparison to the girly cursive font.
2. I was really looking forward to the final cover, mainly because I was hoping for a green cover. But oh well.
3. It really depicted the whole Layla-can-kiss-Roth-but-not-Zayne thing going on. Which was kind of important.

Okay. I confess: I like the old covers better. But I know that this is NOT the author's fault, and it in NO WAY changes the story that is contained in those pages. It's just a cover. It's not the story. And honestly, anyone who refuses to read the book simply because of a non-matching cover seriously needs to get over it. Though, I am a little annoyed that this happened to the author's last series too. Dear publishers, please cut the author a break. She's dealt with unhappy fans over sudden cover changes not once, but twice now.

Every Last Breath, the stunning conclusion to Jennifer L. Armentrout's The Dark Elements series, hits shelves July 28th 2015! What are your thoughts? Excited for the soon release date? Do you like the new covers? Let me know!

Some loves will last ’til your dying breathEvery choice has consequences—but seventeen-year-old Layla faces tougher choices than most. Light or darkness. Wickedly sexy demon prince Roth, or Zayne, the gorgeous, protective Warden she never thought could be hers. Hardest of all, Layla has to decide which side of herself to trust. Layla has a new problem, too. A Lilin—the deadliest of demons—has been unleashed, wreaking havoc on those around her…including her best friend. To keep Sam from a fate much, much worse than death, Layla must strike a deal with the enemy while saving her city—and her race—from destruction. Torn between two worlds and two different boys, Layla has no certainties, least of all survival, especially when an old bargain comes back to haunt them all. But sometimes, when secrets are everywhere and the truth seems unknowable, you have to listen to your heart, pick a side—and then fight like hell…
Posted by Erika at 3:50 PM