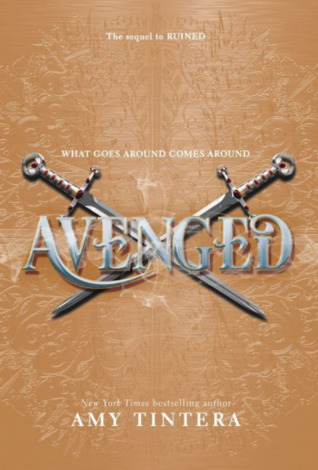 
A war that will fuel her. A bond that will destroy her.
Emelina Flores has come home to Ruina. After rescuing her sister, Olivia, from imprisonment in rival kingdom Lera, Em and Olivia together vow to rebuild Ruina to its former glory.
But just because Em and Olivia are out of Lera doesn’t mean they are safe. Their actions over the past year have had consequences, and they are now targets of retaliation. Olivia will destroy everyone who acts against Ruina. Em isn’t as sure.
Ever since Em posed as Prince Casimir’s betrothed in Lera, she’s started to see another side to this war. Lera may have destroyed the Ruined for decades, but Em knows that Cas is different. And now that he’s taken the throne, Em believes a truce is within reach. But Olivia suspects that Em’s romantic feelings for Cas are just coloring her judgement.
Em is determined to bring peace to her home. But when winning the war could mean betraying her family, she faces an impossible choice between loyalty and love. Em must stay one step ahead of her enemies—and her blood—before she’s the next victim in this battle for sovereignty.

I really loved the first book. This book was just as good in its own way, though not as compelling as the first one.

The most noticeable and fascinating new character was Olivia. Rather, it was interesting to see her complete lack of regard for humanity; it created a serious foil to demonstrate just how twisted her logic was. But at the same time, her explanations behind her initial actions came from a relatable place; she wanted a world where she and her Ruined would never have to be hunted again. Though her reasoning following that kind of derailed, with the whole "enslave humans" and "they all deserve to die for what their king did." I mean, a good villain needs some kind of justifiable grounds to build their wacky reasoning off of, no?

Em's struggle to ground Olivia's bloodthirstiness was really fascinating to read about. Despite Olivia's violence, Olivia and Em are still sisters, and Em really doesn't want to do anything to break those family bonds since they're the only ones they have left. But as time goes on and Olivia's actions get more and more brutal, it becomes clear there's going to be a major disagreement between the two. It was kind of a slow burn to get to that point, but it was still interesting to see Em's slow buildup towards realizing it.

Cas' character kind of fell a bit short for me, with his self-doubts made worse by the ploy against him. However, he ended the book stronger, which makes me hopeful for the last book!