Hi guys! Welcome to my stop of the blog tour for Elisa S. Amore's book Touched: A Caress of Fate! 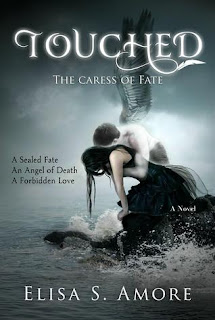 What are you willing to sacrifice when the only person who#fff8c6can save you is the same one who has to kill you?
After vampires and werewolves, after wizards and fallen angels, a new breed of Angels is here to usher you into their dark world. An ancient, deadly, inescapable race.
No one can see them. They’re shadows of destiny. They’re knights of death. They’re the Subterraneans and they’re here to claim our lives.
Commanded by a mysterious congregation called the Màsala, the Angels of Death ensure that each man’s destiny takes its due course on Earth.
But what happens when love intervenes?
Can an Angel of Death deny his own nature and challenge destiny?
Can love rebel against fate?
When Gemma’s eyes first meet the dark, piercing gaze of Evan James, an ominous shadow creeps into her life, ultimately leading her to face her destiny. She doesn't realize Evan is one of Death's soldiers and that Death is summoning her.
Her time is up: Gemma must die . . . and Evan has been sent to kill her.
But what if she’s the only one who can truly see him?
Against every rule. Against fate itself. Against everything and everyone. A story of forbidden love and star-crossed destinies.
Dark. Romantic. Dangerous.
Touched combines devastating passion and unconfessable secrets, heartrending decisions and deep emotions, giving life to a love story as intense as the feelings that unite Evan and Gemma, as inescapable as the destiny that looms over them...


For my stop, I have a Q&A for you all with the author. Enjoy!

5.     Describe your writing schedule. Do you outline? Any habits?
I handwrite all my books and at the end of the story I copy what I’ve written into my laptop. When I start a new story, I usually write for about eight hours every day. It took me three months to write each book in the Touched series and as one of my habits, I have collected and numbered all the pens I’ve used to write the Touched series.
6.     What books are on your nightstand? What are you currently reading?
On my nightstand there are Nicholas Sparks’ last book SEE ME, and the first book in the WICKED series by Jennifer L. Armentrout, which is anxiously waiting for me on my Kindle.
7.     Which authors inspire you?
Every story I read has some sort of impact on me that afterwards is inevitably reflected in what I write. Nicholas Sparks, however, is my all time favorite author, along with William Shakespeare. He has always fascinated me since his stories are so full of passion! He’s definitely one of the authors that inspires me when I write.
8.     What have you learned from this experience?
I wrote the story after a sad event that affected me a lot because it was my first experience as an adult with death. I needed to externalize my fears in order to try to analyze them. And Touched, though it’s about love as well, is mainly focused on the threat of death that hangs over the protagonist. It’s about the way she deals with her fate, growing and learning to fight the fears that had made her a prisoner of herself. That helped me a lot.
In addition, from this experience I’ve learned to always follow my dreams. And even if it is difficult that they may come true, the important thing is to never give up.
9.     What is your advice for aspiring writers?
My advice is that they should always write about what they love and I strongly suggest them to focus the writing on the character’s emotions, instead of writing only about their thoughts or actions. Feelings go straight into the reader’s hearts.
10.  What are you working on now?
After delivering the last book of the saga to my publisher a few months ago, lately I’ve worked on the translated editions with my copy editor to be sure that everything was as I wanted it.
Now that we have almost done with the third book, BROKENHEARTED, coming out in October, I will soon start a spin off of the series. 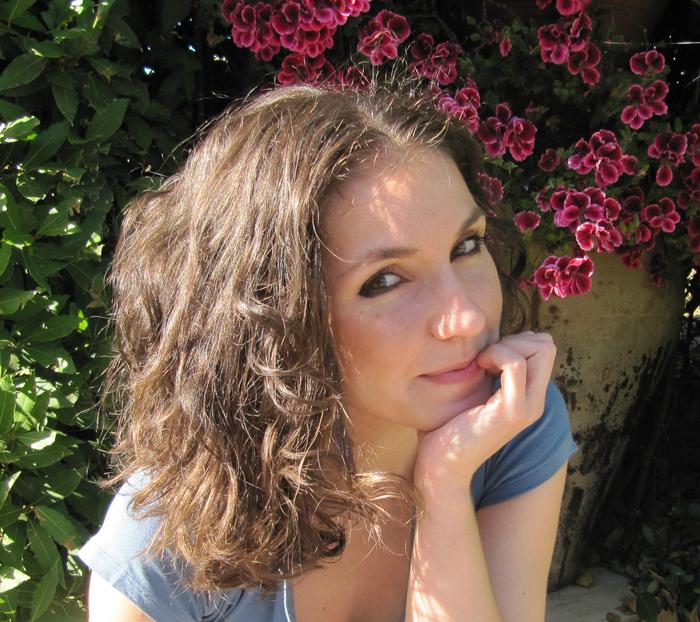 Elisa S. Amore is the author of the paranormal romance saga Touched. She wrote the first book while working at her parents’ diner, dreaming up the story between one order and the next. She lives in Italy with her husband, her son, and a pug that sleeps all day. She’s wild about pizza and traveling, which is a source of constant inspiration for her. She dreamed up some of the novels’ love scenes while strolling along the canals in Venice and visiting the home of Romeo’s Juliet in romantic Verona. Her all-time favorite writer is Shakespeare, but she also loves Nicholas Sparks. She prefers to do her writing at night, when the rest of the world is asleep and she knows the stars above are keeping her company. She’s now a full-time writer of romance and young adult fiction. In her free time she likes to read, swim, walk in the woods, and daydream. She collects books and animated movies, all jealously guarded under lock and key. Her family has nicknamed her “the bookworm.” After its release, the first book of her saga quickly made its way up the charts, winning over thousands of readers. Touched: The Caress of Fate is her debut novel and the first in the four-book series originally published in Italy by one of the country’s leading publishing houses. The book trailer was shown in Italian movie theaters during the premiere of the film Twilight: Breaking Dawn—Part 2.


And that's it! Thanks for reading!